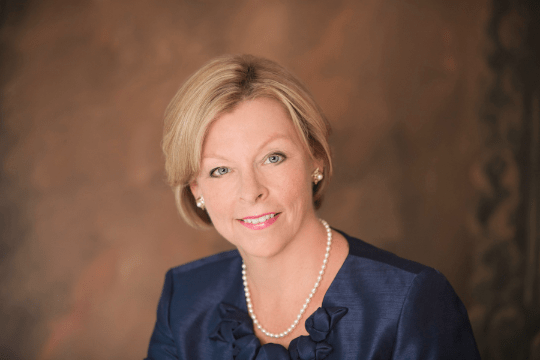 The Cleveland kidnapping case, the Sandusky scandal at Penn State and the revelations from prestigious private schools like New York’s Horace Mann remind us that child sex abuse can happen anywhere.

“Twenty to 25 percent of children are sexually abused,” says Marci Hamilton, a professor at Cardozo School of Law. But it often takes victims years to come to terms with what was done to them. “A survivor needs decades to come forward. They’re trying to deal with so much and they can’t put it all together,” she explains. In the meantime, their abusers are typically targeting other children. “Many perpetrators continue abusing into their elderly years,” she says.

That’s why Hamilton has been on a decade-long crusade to eliminate statute-of-limitation rules on sex abuse crimes. The rules vary by state but typically require the victim to file charges or a lawsuit within a specific time frame, sometimes within as little as one year after the abuse took place or after the victim reaches a certain age  (usually between 18 and 21). These limitations, says Hamilton, keep many victims from outing their abusers. She’s working on expanding or eliminating statutes of limitations for these crimes and changing the way they are applied.

A renowned expert on church/state issues, Hamilton became an advocate for victims after reading the Boston Globe’s 2002 expose on how Catholic bishops had covered up instances of child abuse.

In 2008 she published Justice Denied: What America Must Do to Protect Its Children, hoping to galvanize the country to end too-restrictive statutes of limitations. “I had a naïve view that as soon as the book was published, the work would get done,” she says. But she soon found herself up against some powerful opponents. Some clerics “have been adamant about not wanting this,” says Hamilton, noting the concern that a flurry of new lawsuits would bankrupt their institutions. “And legislators tend to view religious leaders as representing votes.”

But recent high-profile child sex abuse cases have helped her cause. “Penn State did more for educating the public than any other news story so far,” says Hamilton. “People weren’t as afraid of that story.” And much-covered cases always trigger other victims to come forward.

Hamilton, with the help of her graduate students, runs a website, sol-reform.com, that offers information, state-by-state news and advocacy assistance. She helps organize victims and their supporters to change the statute of limitations laws in their state, and writes testimony to support new legislation.

Her efforts are finally, gratifyingly, paying off. “There’s been an explosion in statute-of-limitation reform across the country,” she says. “This year 10 states have had movement.”

Arkansas eliminated its statute of limitations out of the blue in a single week. Illinois and Minnesota also got rid of their civil statutes of limitation.

Similar bills are pending in states like Pennsylvania and New York. “These will pass, we’re just not sure when,” says Hamilton. “This year, we have more sponsors in New York than ever before and Marge Markey, the state assemblywoman who introduces the bill every year, gets more votes every election. It shows that voters are on the side of the victims.”

“The momentum is there in terms of getting these bills passed,” says Hamilton. “People get it, the public gets it, the media gets it. It’s really just politics.”