This website is designed and overseen by Professor Marci Hamilton and her talented and dedicated Cardozo Law School students.   It is dedicated to providing the most comprehensive information about SOLs for child sex abuse for the public, the media, scholars, and survivors.   This is an educational project related to Professor Hamilton’s scholarship and public advocacy for victims of child sex abuse.

While this website is affiliated and sponsored in part by the Cardozo Advocates for Kids, we are a much larger group of concerned citizens working towards the extension and/or removal of civil statutes of limitations for child sexual abuse. By allowing access to the courts, we can ensure that victims will get the justice that they deserve.

At the same time, experiences with statute of limitations reform in several jurisdictions have demonstrated the power of such action to allow society at large to identify predators and bring them to justice. When history has shown that child predators are generally not one-time offenders, the reform of statutes of limitations have the ability to protect the next generation of potential victims.

We need your help to effect change in Legislatures across this nation. The time has come to confront the devastating and heinous crime of child sexual abuse by raising the veil of the statute of limitations, bringing offenders out of the shadows, and subjecting them to the justice system.

“Your beliefs don’t make you a better person, your behavior does.” 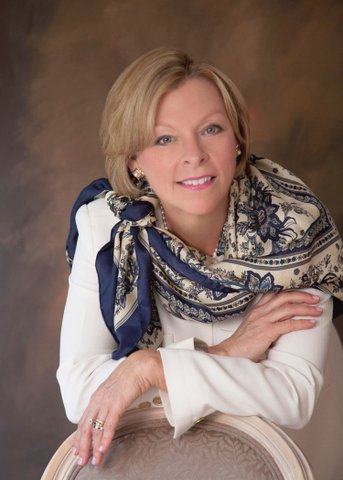 MARCI A. HAMILTON is one of the United States’ leading church/state scholars and holds the Paul R. Verkuil Chair in Public Law at the Benjamin N. Cardozo School of Law, Yeshiva University, where she specializes in church/state issues and the dynamics of child sex abuse in institutional settings.  Professor Hamilton is an author and lecturer on the protection of vulnerable children from institutions. She is a national leader and advocate for legislative reform – particularly statutes of limitation reform through her website, www.sol-reform.com – for the protection of children from sexual abuse. She represents victims in select cases, including the child sex abuse victims of Jerry Sandusky, the Philadelphia Archdiocese, and other religious organizations. Professor Hamilton also represents cities in RLUIPA litigation.

Professor Hamilton was lead counsel for the City of Boerne, Texas, in Boerne v. Flores, 521 U.S. 507 (1997), before the United States Supreme Court in its landmark case holding the Religious Freedom Restoration Act unconstitutional  She is one of the leading experts in the country on the statutory free exercise statutes, including the Religious Freedom Restoration Act, its state counterparts, and the Religious Land Use and Institutionalized Persons Act.  Her website,www.RFRAfolly.com, reports on developments in the field in all 50 states and the federal government, and provides materials to educate the public on relevant constitutional and public policy issues.

Hamilton is the author of Justice Denied: What America Must Do to Protect Its Children (Cambridge University Press 2008, 2012); God vs. the Gavel: Religion and the Rule of Law (Cambridge University Press 2005, 2007); and the co-editor of Fundamentalism, Politics, and the Law (Palgrave Macmillan 2011).  She is currently a bi-monthly columnist forwww.justia.com and was a bi-monthly columnist for www.findlaw.com for ten years.  She has been a visiting professor at Princeton University, New York University School of Law, Emory University School of Law, and the Princeton Theological Seminary.

Professor Hamilton clerked for Associate Justice Sandra Day O’Connor of the United States Supreme Court after graduating from the University of Pennsylvania Law School; the Graduate School of Pennsylvania State University; and Vanderbilt University.  She is a member of Phi Beta Kappa and Order of the Coif.

She is on the Advisory Boards of numerous organizations, including the National Crime Victims Center, MaleSurvivor, and justice4pakids.  She has been honored as one of Pennsylvania’s Women of the Year; received the National Crime Victim Bar Association’s Frank Carrington Champion of Civil Justice Award; the E. Nathaniel Gates Award for outstanding public advocacy and scholarship; and the Lifetime Achievement Award for Pro Bono Legal Service to veterans groups, presented by the Air Force Association, the National Association of Uniformed Services, and CORMV.

Students Currently Working on the Site

If you have news or info about child sex abuse and SOL reform, please email courtney.soliday@law.cardozo.yu.edu (of fill out contact form below) or call 2679073995.