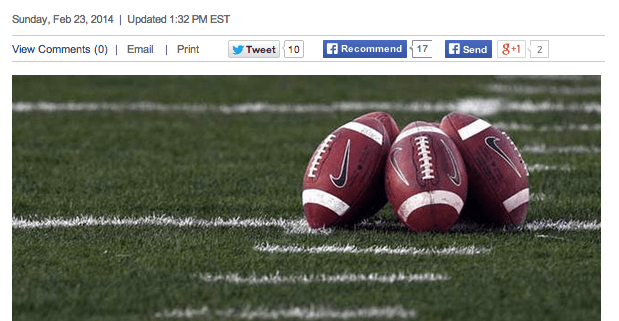 Eleven youth coaches in the Philadelphia area have been charged with attempting or having sexual contact with a player over the last three years, The Philadelphia Inquirer reported Sunday.

The paper said that its investigation found that eight of the coaches have admitted the crimes, two others are awaiting trial, and one killed himself. The coaches who have faced the allegations ranged in age from 24 to 52. Ten are men and one is a woman.

Experts said the number of arrests in such cases has increased, partly because of a heightened awareness after the sexual abuse prosecution of Jerry Sandusky, the former Penn State assistant football coach. But they say the rate of assaults has likely remained the same.

Mike Matta, a guidance counselor and head football coach at Downingtown East, told the Inquirer that “I see people hanging around our practices, and I ask, `Who is that?’ Ten years, ago I wouldn’t have asked.”

Kate Staley of the Penn State Justice Center for Research said schools and parents seem to be waking up to the potential for such abuse.

Other experts said a key danger sign is a coach who singles out a player for special attention.

“It always starts with an overt interest in a child singled out from the rest of the group,” said Tammy Lerner, vice president of the Bryn Mawr-based Foundation to Abolish Child Sex Abuse.