Several faith-based groups are giving voice to those victimized by clergy. 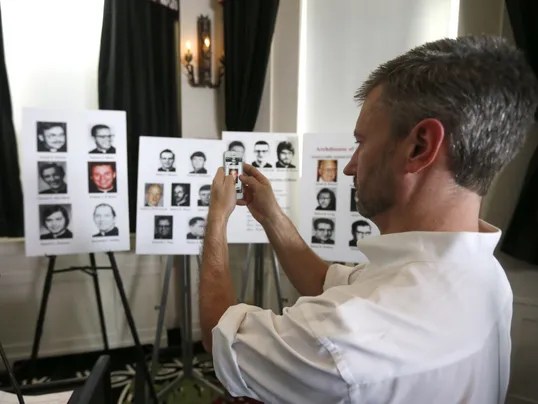 It’s a scourge as old as the ages, yet sexual violence against women and children is fresh in the headlines as President Obama launches an initiative to address sexual assaults on college campuses, while the military tries to fix its own problem and newly released documents shed galling light on the Catholic Church’s pattern of abuse and coverup in the Chicago diocese.

As the priests’ crimes remind us, religious institutions, at their worst, have often proved complicit and sometimes out-and-out guilty when it comes to sexual advances against vulnerable people. As real as that problem is, however, there’s a counterstory emerging that could redeem religion’s role in this ugly dynamic:

Faith organizations are beginning to address sexual abuse with a new energy and earnestness — a welcome step toward the fulfillment of their enormous potential to do good on this front.

Given the morality and virtue idealists associate with faith, one would expect that congregants would be safe from abuse. If only that were so. Statistics show that people in religious communities are just as likely to experience sexual violence as those who are not — which is to say, very likely. Nearly one in five women in this country have been raped, according to a 2010 study by the Centers for Disease Control and Prevention, more than half by an intimate partner.

Despite churches’ well-known exhortations about sexual morality, critics can make a legitimate case that some traditions in church culture actually contribute to the problem. How? By promoting the idea of male superiority and by pastors shying away from addressing the disturbing topic from their pulpits or in their counseling roles.

“Silence is the most important form of complicity,” says David Leslie, executive director of Ecumenical Ministries of Oregon, which is one of a growing number of religious organizations working to end that silence.

Leslie’s Portland-based organization was part of a coalition of faith groups, including IMA World Health and the Spiritual Alliance to Stop Intimate Violence (SAIV), thatteamed up for Speak Out Sunday last fall — an effort to mobilize pastors to preach against sexual violence inside and outside churches. The Speak Out campaign and groups such as the Survivors Network of those Abused by Priests are doing brave work to give voice to those victimized by clergy or other church authorities.

Disturbing candor about sexual violence might not bring the uplift that church-goers are seeking. Yet raising a voice of consciousness against injustice is an act of hope and the first step toward churches becoming a first line of defense against the sexual victimization. “By raising their voices to proclaim that children and women deserve to live free from terror and violence, spiritual leaders are building momentum for this long overdue movement,” says Rhonda Case, Portland liaison for SAIV.

To those cynical about churches, the notion of their intervention in the sex abuse epidemic might seem like sending the fox back to the hen house. But as is often the case with religion gone wrong, the solution is not to throw out religion, but to summon religion at its best to help change things for the better.

The Faith Trust Institute — an organization helping lead the religious response to sex violence — frames the notion well in its guiding principles statement: “We believe that the teachings of our religious traditions have been a source of pain and confusion as well as a source of strength and healing for those facing sexual and domestic violence.”

Hard to argue with that. Those who study the issue also point out this unavoidable fact: Women in church communities who experience sexual violence often turn first to their churches for refuge. Why not provide support where support is naturally sought?

In confronting sexual violence, don’t count out the faith community. If anything, expect more, and better, of it.

Tom Krattenmaker, a Portland-based writer specializing in religion in public life, is a member of USA TODAY’s Board of Contributors. He is author of The Evangelicals You Don’t Know.

In addition to its own editorials, USA TODAY publishes diverse opinions from outside writers, including our Board of Contributors. To read more columns like this, go to theopinion front page or follow us on twitter @USATopinion or Facebook.