The state Senate approved a measure on Wednesday that would end the statute of limitations for rape and several other sex crimes in California.

Currently, prosecution of rape must take place within 10 years, unless DNA evidence is discovered afterward.

“SB 813 will help to prevent rapists and sexual predators from evading legal consequences in California simply because the statute of limitations has expired,” Leyva said. “Regardless of when a rape or sexual assault is reported, survivors must have an opportunity to pursue justice in a court of law for the unthinkable crimes committed against them.

The senator cited a report by the U.S. Department of Justice that estimated only 2 in 100 rapists will be convicted of a felony and spend any time in prison.

The measure’s supporters include San Bernardino County Dist. Atty. Michael A. Ramos as well as private attorney Gloria Allred, who represents women who have alleged they were sexually abused by comedian Bill Cosby .

The bill is opposed by the American Civil Liberties Union, California Attorneys for Criminal Justice and the California Public Defenders Assn.

Opponents argued that the bill does not address the core problem of the underprosecution of rape cases and that women who come forward years later may not be believed by law enforcement.

The bill next goes to the Assembly for consideration. 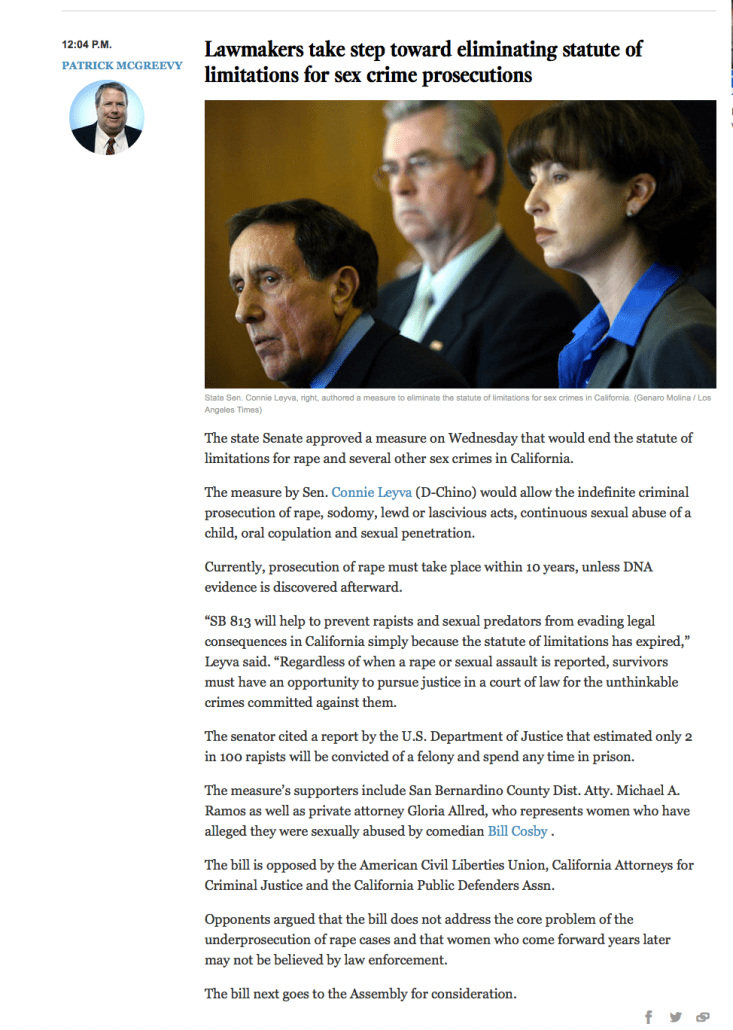 HISTORIC “WALK FOR A WINDOW” ACROSS THE BROOKLYN BRIDGE