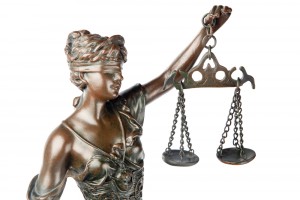 2013: The Year in Review for Child Sex Abuse Victims’ Access to Justice

Child sex abuse victims, their families and friends, and, frankly, everyone except perpetrators and those who enable them, should be pleased about the progress toward victims’ access to justice in 2013. This past year, the pace of the movement quickened remarkably. Sadly, though, religious groups have gone back to the drawing board to find new ways to protect themselves from the law, so there is also a cloud on the horizon for victims as well.

We need civil-rights advocates, children’s advocates, and survivors and their communities to work hard to make 2014 even better than 2013, and if we all work together, the prospects of our doing so are good.

A Progress Report on Statute of Limitations (SOL) Reform in 2013

We made more progress in opening up abuse victims’ access to justice in 2013 than at any point in history. The artificial deadline that has blocked victims from pressing charges against perpetrators and institutions and from filing civil lawsuits—imposed by the various statutes of limitation (SOLs)—were pushed back in a number of states.

Minnesota led the pack with a new SOL window and the elimination of the civil SOL. Largely due to the efforts of pioneer child-sex-abuse litigator Jeff Anderson, Minnesota is now experiencing an unprecedented release of facts and documents informing the public about decades of abuse by clergy, teachers, coaches, schools, churches, and other persons and institutions.

Minnesota is the best laboratory we have seen so far to show the direct link between SOL window legislation and public enlightenment about the ugly truth of child sex abuse in a state. We did not see the same immediate payoff in California, unfortunately, because the courts there permitted defendants to delay such releases for years. Not so in Minnesota, where there seems to be a new court order and release of information virtually every day.

Meanwhile, Hawaii’s SOL window remained open, with important lawsuits having been filed, including one against Jay Ram, who is accused of obtaining many boys through the foster-care system and then sexually abusing them, and Father Gerald Funcheon, who has been accused of abuse by three Hawaii men and more than two dozen men on the mainland.

We did have our share of losses in 2013 as well. The California legislature passed a new SOL window to make up for the victims left out of the 2003 window, but Gov. Jerry Brown vetoed it, for suspect reasons, as I discuss here, leaving many California survivors still locked out of the courthouse.

In Pennsylvania, meanwhile, the Catholic bishops and the representatives who have carried their water in Harrisburg succeeded in bottling up pending SOL legislation. In other states, like New Jersey and Massachusetts, bills made progress, even if they did not achieve passage yet.

There is reason for hope in states where bills did not receive action in 2013. For example, the sponsor of an excellent bill pending in the Massachusetts Senate (S. 633), Sen.William Brownsberger, has been appointed as the Senate Chair of the Joint Judiciary Committee, a key committee on these issues, which last year did not permit any SOL bills to advance to the floor. Many members of the New Jersey legislature also appear more receptive than in years past.

There is also talk in a number of states of considering a formula that Sen. Brownsberger spearheaded in his bill, a retroactive extension with an age cap, as opposed to a window. This sort of innovation reveals a movement that is not only active but also supple! For those interested in joining this movement, check out my site, www.sol-reform.com, which tracks

developments in all 50 states and the federal government.

The New Barriers Appearing in Some States for Clergy Abuse Victims

While survivors break down barriers to justice for all victims in many states, there is a disturbing new development spreading across the country like a cancer that threatens the clergy sex abuse victims: Religious believers are lobbying to build barriers around themselves and their institutions so that they can operate autonomously from the law.

As I have discussed in many columns, the Religious Freedom Restoration Act (RFRA) is sheer folly, and the state versions of the legislation are no better. They give religious actors who otherwise would be liable for breaking the law a defense that makes it easier for them to violate just about any law they prefer to ignore. (As I discuss in this column, the federal RFRA is the operative law in the contraception mandate cases pending at the Supreme Court.)

New iterations of the state RFRAs are even worse than the original versions. In the vast majority of the state RFRAs, believers at least have to show that a law imposes a “substantial burden” on their religious exercise. That has been a standard that has made it unlikely that they can overcome every law they challenge.

Courts have read the word “substantial” as though it has meaning, which means believers have not always won under the RFRAs. That has not satisfied the apparently insatiable demand by believers to be laws unto themselves. In new iterations, therefore, religious lobbyists have removed “substantial.” So any burden, however minor, could trigger the right to overcome the law. Kentucky actually passed such a misguided bill over the saner veto of its Governor. For good reason, this version of a state RFRA got no traction in Texas. Other states are considering it, though. Currently, in Ohio and Maine, the state legislatures are considering similar legislation that would create a new RFRA without the requirement of the term “substantial” modifying “burden.” This reduction in the burden on the believer would increase litigation, endanger the vulnerable, and further lead United States religious believers down the dangerous path of the Me-Me-Me generation I described in this column.

There seems to be no limit on the creativity of religious lobbyists in this era to find new ways to permit religious groups to break the law; there is yet another new and troubling RFRA mutation pending in Tennessee. This bill would build even higher walls around religious believers intent on breaking the law.

Under the typical RFRA, if the believer succeeds in proving that the law imposes a “substantial burden” on religious conduct, the burden shifts to the government to prove that the law serves a “compelling interest” by the “least restrictive means.” That is an extremely difficult burden for the government to carry, which means if the believer prevails in proving his or her burden, the odds are high the believer will not be required to abide by the law, no matter what the law is. The new Tennessee RFRA bill would pile yet another requirement onto the government: It would also have to satisfy its heavy burden with “clear and convincing evidence.” This is a formula for religious groups to simply ignore all state laws.

These new additions to these extreme religious liberty bills will make religious organizations and believers virtually bulletproof from the claims of the victims of clergy abuse in these states. Make no mistake about it: religious lobbyists fighting for RFRAs believe that believers belong above the law, and don’t want to talk about the vulnerable who are inevitably hurt by such regimes.

The harm arising from RFRAs doesn’t stop with child-sex-abuse victims, though, as these extreme state RFRAs will also open doors to immunize religious believers (whether they are parents, or institutions like churches, schools, or camps) from medical-neglect and child-abandonment claims, and a host of other crimes and torts. The sponsors of the legislation in each state appear to be sincerely interested in doing good, but in fact, they are paving the way to extraordinary harm and evil, and the last people who will explain to them what religious believers have done and can do to children and others are those lobbying for the RFRAs.

In sum, 2013 was a good year in a number of states where child sex-abuse victims will find it easier to get to court in the future. 2014 should be even better. The remaining concern, though, is that once clergy-sex-abuse victims get there, extreme religious liberty statutes will immunize believers and their institutions from being legally responsible for the crimes that they have committed and the harm they have done. For this and other reasons, there is still much work to be done by good people.

Marci A. Hamilton is a professor of law at Cardozo School of Law, and the author of Justice Denied: What America Must Do to Protect Its Children, which was just published in paperback with a new Preface. She also runs two active websites on issues she writes about frequently, www.sol-reform.com and www.RFRAfolly.com. Her email address is Hamilton02@aol.com.